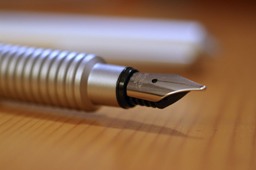 By all accounts, Fickling & Company’s Year End Review & Forecast was a smashing success.  We have been overwhelmed with positive feedback.  The panelists did a superb job answering questions and explaining their views on real estate trends and the current market.  Attendees left with a better understanding of the Middle Georgia real estate market.  To top it off, our guest speaker, Hon. Glenn Richardson, Georgia’s Speaker of the House, introduced a proposal to dramatically change the State’s tax policy, including the elimination of ad valorem tax on real estate.

I received numerous requests for a copy of my opening remarks regarding the macro economic picture.  A summary of my thoughts on the national economy follows:

Several negative trends came to light in 2006, causing heartburn for those worried about the national economy. During the course of the year we saw increased oil prices, a weakened dollar, a widened trade deficit, a housing bubble burst, and a record $247.7 billion budget deficit.  Taken on their face, any one of these factors would seem to portend recession.  It doesn’t sound so great, does it?  Yet the nation’s economy seems to be bullet proof. When we analyze these seemingly negative factors further, we begin to see the real picture.

Yes, government spending is at an all time high.  But so are government revenues due to historically low tax rates: the Laffer Curve at work.  In simple terms, Dr. Arthur Laffer’s famous graph implies that a zero percent tax rate and a 100 percent tax rate yield the same tax revenue – Zero.  As tax rates are raised from zero, revenues increase until at some point along the curve the burden of taxes becomes great enough to encourage tax evasion, tax avoidance, under reporting, and lower productivity. The optimal tax rate required to produce the highest tax revenues is debatable, but the Kennedy tax cuts, the Reagan tax cuts and the most recent George W. Bush tax cuts proved that magical point along the curve (the optimal tax rate) was lower than the average tax rate before the cuts.   In all three examples, the marginal tax rates were lowered, but actual tax revenues increased due to the resulting expanded economy.

Further examine the current problem of historically high government spending.  Many worry that the current rate of spending will send the economy into recession due to the resulting enormous (in absolute dollar terms) deficit.  Taken into perspective however, the 2006 budget deficit of $247.7 billion is only 1.9% of GDP, less than half of what it was during most of the preceding 20 years. Do not get me wrong, I think the federal government spends wastefully and excessively, but in historical terms, the budget is in great shape.

Oil prices spiked in 2006.  But let’s take that into perspective as well. In the 1980’s, the U.S. spent about 8.5% of GDP on oil consumption.  Due to increased efficiency and higher productivity, we now spend only 3.3% of GDP on oil even at today’s higher oil prices.  In effect, although we burn more oil today than we did 20 years ago, we produce more than double the output on every barrel we burn.  Some sectors like transportation are taking a hit, but overall, today’s higher oil prices have little effect on the economy.

The trade deficit is a widely misunderstood phenomenon.  It is, for the most part, the accounting flip-side of a capital account surplus.  The U.S. workforce is so productive it makes more sense to purchase labor intensive goods from overseas than it does to employ our more productive labor in making those goods.

Consider an Example: Without a trade deficit with China there would be no Wal-Mart.  Have you ever bought something, like a pair of socks, at Wal-Mart and asked yourself “how can they sell a pair of socks for 99 cents and still make a profit?”  Your standard of living just increased because you can purchase more goods for less money than you could before Wal-Mart came along.

Without a trade deficit with China, the same goods that we consume and increase our standard of living with would cost much more if we made them here.  If we made socks in America, the excess production in the U.S. would no longer exist because we could no longer employ our more productive labor producing more capital intensive goods and services.  That labor would be used up in less productive endeavors (i.e., labor intensive endeavors like making socks).  The economies and the standard of living in both China and the U.S. would be worse off without our trade deficit.

If we look at companies the same way some politicians want us to look at countries, every company in America has a trade deficit.  The New York Times has a trade deficit with International Paper.  The NYT buys huge amounts of paper from IP, but sells IP nothing in return.  Both companies are better off producing what they produce best and purchasing goods from other companies that produce other goods more efficiently.

We in the U.S. purchase so many labor intensive goods from other countries because we can afford to do so.  We have the most productive labor force in the world. Surely that is a good thing.  One sure way for the trade deficit to fall is if the U.S. economy weakens against other world economies, and no one wants to see that.

Evidently, no one is out of work because of the trade deficit.  We are enjoying what most economists previously believed to be an unemployment rate that is as low as possible without rampant inflation (4.5%).  In other words, even the unemployable are currently employed.

The final negative is what the media like to call the housing bubble burst.  To be sure, in some areas of the country, housing prices have seen a precipitous drop.  Keep in mind though, for the most part, that this is a localized phenomenon where housing prices had seen double digit increases every year for the past several years.  It occurred in places like Miami, Coastal California, Phoenix, the Northeast, and the like.  Even in these markets, if you take the home prices today and compare them to prices just a few years ago, you will still see a healthy increase in home prices.

For the most part, the bursting of the housing bubble is simply a correction in markets where there are barriers to the traditional supply and demand equation.  In places like Macon, GA, when there is an increase in demand for homes, new homes are built to meet that demand in a matter of months.  Our market stays in relative equilibrium.   In California, however, it takes an average of 7 years to build a home in a new subdivision because the entitlements and permits are so ridiculously hard to obtain.  By the time a developer begins construction, the demand side of the equation will have changed dramatically.  It is a formula for a boom and bust market.  The same holds true in some of the other large markets like Phoenix and Miami, but not quite to the same extent.

Once the burst starts in the high barrier markets, there is a translational effect in markets like Macon.  Those effects are short lived however.  Any excess supply will quickly be absorbed, equilibrium will follow and prices will stabilize.  History has never proven otherwise.

In summary, increased oil prices, a weakened dollar, a widened trade deficit, a housing slowdown, and a record $247.7 billion budget deficit had little negative effect on the economy in 2006.  The Gross Domestic Product grew about 3.5%; corporate profitability rose about 8.7%; and real inflation remained at a tame 2.3%.  Corporate coffers are bursting at the seams with cash and long term interest rates remain historically low.

Short of Congress doing something really stupid like raising tax rates, I see nothing on the horizon to indicate that 2007 will be any different.  Luckily, despite the Democrat takeover in Congress, neither party has enough votes to change much of anything…in my view, this is a good thing.  We are doing just fine, thank you.