Why Are So Many Homeowners Under Water?
Guy Gunn

The term “under water” has come to mean that owners owe more on their home than it is worth in the marketplace. So how does this occur? 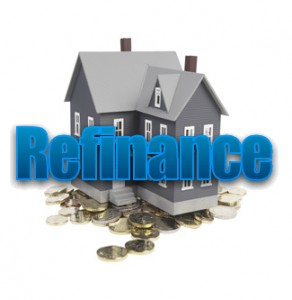 During the financial troubles of the late 70’s and early 80’s, we saw interest rates peak in the 16% range. I’d have bet anything that we’d never see single digit rates again. Thankfully I was wrong. In the early 80’s, rates dropped to around 12% then bounced upward again for a short time. Interestingly, as long as rates were dropping, buyers sat on the sidelines waiting for the “bottom”. When the bounce occurred they came out of the woodwork fearing a return to 16%. Fortunately that didn’t happen. Instead rates began a slow decline that has continued to the record low rates that we have today.

Along the way an interesting phenomenon occurred—rampant refinancing. In the past, refinancing might signal a financial problem like illness or a wedding that require robbing equity from the family home. As a rule the interest rate and payment went up and the repayment period was extended. It was often a solution of last resort.

But given the unprecedented drop in interest rates, refinancing became a dream- come-true. It meant a lower payment, shorter repayment period or both. Even though borrowers had to pay closing costs again, those costs could be rolled into the new loan so there was no out-of-pocket expense. It was a no-brainer for homeowners.

It was a dream-come-true for lenders too. They’d make a new loan to an old customer and get paid all over again. Furthermore the homeowners loved them for doing it and referred their friends and family. The borrower’s credit was seldom a problem and rising home values resulted in plenty of equity to substitute for down payment. Borrowers often borrowed extra money for home improvements, other major purchases or to pay off other debts. It seemed too good to be true, and you know what they say about that.

Other factors came into play as well. The Tax Act of 1986 eventually phased out the deductibility of all consumer interest except home loan interest. In case you’re too young to remember, there was a time when all consumer interest was tax deductible. Interest on credit cards, auto loans, furniture or whatever, was all tax deductible. When that deduction was lost, lenders got creative, popularized the second mortgage and renamed it the Home Equity Loan. Again, what was once a tool of financial last resort, the second mortgage, became the smart thing to do. Regular consumer debts, like auto loans and credit cards, were paid off with home equity loans. The boat or dream vacation was suddenly possible. Interest was tax deductible and total payments were lower, but the repayment period was longer than a typical consumer loan. Worse yet, those credit card balances had a way of reappearing and eventually, so did the other debt, which was now added to the still-existing equity loan and, of course, the first mortgage.

Twenty-five years ago a good friend, said that the concept of the Home Equity Loan worried him. When I asked why, he said because the equity in a home was the only savings that many Americans had, and mortgaging that meant they had little or nothing left. Prophetic. So what’s the cure for a home equity loan? Why it’s the refinance of course. Consolidate the old first mortgage and the home equity loan into a new first mortgage. The new payment might be lower than the old first and second added together, but this time, the repayment period is extended again. Sounds like a snowball doesn’t it?

Still, rising home values will eventually solve the problem and equity will reemerge. That is unless home values drop. Even then it’s still a place to live assuming the debt is manageable and you don’t have to sell. But what if you do need to sell? That’s when you might find yourself “under water”. You owe more on the home than you can sell it for. Remember all loans (including home equity loans) secured by the home must be paid off when the home is sold, in order to provide clear title to the buyer. Under water sellers find themselves in an impossible situation. Even if they’re not under water or if they can make up the difference out of their savings, they have no equity to use as a down payment on their next home.

The moral to the story is to refinance or use home equity loans with extreme caution. Keep debt on vehicles separate from your home mortgage. That way you’ll have the vehicle paid for before it’s worn out. Items bought on credit shouldn’t be financed for longer than their useful life. Homes last for thirty years or more, but cars, clothes, groceries, and similar items don’t. Don’t use your home like an ATM machine. You don’t want to end up paying for something long after it’s been used up. So avoid increasing the amount you owe on your home or increasing the repayment period. Keep that equity growing. You’ll be glad you did.