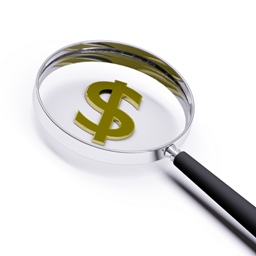 It appears the Federal Reserve is finally done with its interest rate hikes in the wake of mixed economic signals on inflation and housing.  Besides rising energy prices, inflation has been tamed for the time being.  Employment statistics still look good, but wage increases for most workers have been almost non-existent.  The Ten Year U.S. Treasury rate (“10 Yr UST”), the benchmark long term interest rate, has continued its trend downward since June at its peak of approximately 5.22% to today’s rate of 4.52%.  Year-to-date, the 10 Yr UST has little changed from its opening rate of 4.42% on January 3, 2006 to today’s rate of 4.52%.  But between those 11+ months, we have continued to see significant volatility in interest rates.  The 10 YR UST trended upward during the first 6 months of 2006 due to signs of inflation and the strong growth of the economy.  Since July, we have seen a similar move to the downside in interest rates as signs of the economy slowing and of inflation being tamed.

2006 was the beginning of the end of a run of unprecedented property appreciation which attracted more money from new investors and continued the compression of cap rates over the last few years.  Some examples of these new investors have come from the legitimization by the IRS of Tenant-in-Common (TIC) syndications and the change in the Germany Federal taxation treatments of offshore real estate investments.  Due to this capital tidal wave, many investors were actually ignoring shortfalls in property cash flows.  Yet, investor returns were better than expected because of cap rate compression which was allowing investors to cash-out substantial amounts of equity from refinances and dispositions.  Coming into 2006, most investors expected rising interest rates to push cap rates up and that net operating income (NOI) from properties would need to increase enough to maintain or increase values going forward.  This was not the case in early 2006 with cap rates remaining stable and in some cases actually declining on certain property types.  Long-term term interest rates finally edged up in mid 2006 and NOIs trended upward as vacancies declined across most property types.  Cap rate compression generally ended in early 2006.

2006 was also the year of the private equity investor.  As mentioned above, the legitimization of TIC syndications has many individual investors enamored with the prospect of owning a fractional interest in a Landmark or Institutional quality asset they could never buy on their own.  These investors can now trade out of their existing properties into fractional TIC ownership positions in larger institutional grade properties acquired by the sponsors of the TIC.  Additional growth in the private equity market is coming from high net worth individuals.  High net worth individuals who are not experienced real estate professionals are finding real estate investments now more stable and in a lot of cases providing greater returns than the stock market.  These individual investors are either engaging experienced brokers to assist them in the acquisition, management, and leasing of income producing properties or acquiring passive ownership interests through the advisory of opportunity funds.  Low interest rates have benefited private equity investors by allowing them to highly leverage their transactions, therefore producing higher equity yields which allows them to maximize pricing.  Private investors are now successfully competing for properties in markets that were previously dominated by REITs, Funds, Pension Fund Advisors, and Institutions.  Owners/sellers have greatly benefited from the demand push on prices that these investors have created.

In 2007, a reversion is expected back to income-oriented investments in real estate as the appreciation binge has ended.  Returns will depend on managers’ ability to increase property revenues through leasing and asset enhancement, not cap rate compression.  Operating performance will once again be the main focus of investors in 2007.  Investors should expect returns to revert to high single digits for core properties and leveraged returns retreating to the low to mid teens.  All cash buyers or pension and global money sources should pick up their pace of acquisitions as leveraged buyers back off due to higher interest rates.  Considering this shift in investor activity and anticipated decrease in returns, investor demand should remain strong enough to hold these existing pricing levels.

Along with a shift in investors in 2007, surveys have suggested that cap rates will climb modestly.  Cap rates are expected to climb 25 to 75 basis points on B & C-quality properties.  Trophy A properties should sustain greater demand holding their cap rates or experiencing slight increases.  The volume of transactions in 2007 are expected to cool down and with cap rates finally advancing, investors must truly focus again on the fundamentals.  A strong supply/demand environment should continue to improve occupancies and increase rents, especially in office, industrial, and apartment sectors.  Office and industrial vacancy rates have tightened to the levels where concessions have expired and rents gave begun to grow in many markets.  Favorable demographics for apartments combined with higher mortgage rates should escalate tenant demand for multi-family units and push substantial rent increases.  The retail sector is expected to lag behind because of the lingering concern of whether consumers can continue the amount of spending to support the abundant development of new lifestyle and power centers.