Why are economists predicting that the economy will started coming back in the latter half of this year? Because, as I explain below, that’s when the cuts in interest rates and the fiscal stimuli will take hold and be reflected in our measurements of how the economy fares. I am already seeing a loosing up and believe we are through the worst. 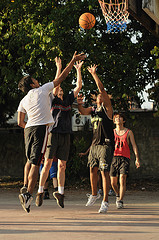 FED Cuts Interest Rates.  The FED has cut interest rates faster in the last two months than anytime previously in the last quarter century. The last cut for the 6th time in the current rate cutting cycle was a ¾ of 1% cut to 2.25%. The vote for this cut was 8-2. This was the first time 2 dissenting votes have been cast in 5 1/2 years. Briefing.com reports that monetary and fiscal stimulus has been much more aggressive this business cycle than in the previous two recessions, which occurred in 1991 and 2001. In those two recessions the FED lowered rates and the impact was evident about nine months later. In 1991 there were six rate cuts totaling 200 basis points to 6.05 in nine months. In 2001 there were eight rate cuts totaling 350 basis points to 3.0% in the first nine months and then rates were cut over the next two years down to 1.0% in June 2003. In this current cycle there have been six rate cuts totaling 300 basis points to 2.25% in six months.

Monetary and Fiscal Stimulus.  The Bernanke Fed has taken a much more aggressive approach to cutting rates than the Greenspan Fed, consequently it is possible that the nine month period it took previously to turn the economy around may be shortened and there may be a larger impact. Further, the market may be underestimating the fiscal stimulus of the tax rebates.

In 2001, the government passed a retroactive reduction in the lower tax bracket that in effect created tax rebates for individual filers of $300, and $600 for couples. The checks were sent primarily in August and September, at the end of the third quarter. As a result, Personal Consumption Expenditures (consumer spending) boomed to 7.0% in Q4 2001… this ended the recession and led to a quick turnaround in business investment in Q1 2002. The rebate checks this year are twice as large as in 2001 and will be delivered in May, impacting the economy in Q2 2008 with the largest impact in Q3 (July-Sept) 2008.

The Commerce Department reported GDP Q3 2007 at 4.9% and Q4 2007 at 0.6%… quite a drastic change! Go do your part and spend some money at the Bass Pro Shop or the new Shoppes at River Crossing Center.

While housing gets the majority of attention in the press because of the bad news factor, there is good news in our economy that is under reported. So while our economy has slowed to a crawl there are policies in effect that should turn it around by June.

Exports. From the Fed’s initial rate cut September 18, 2007 to now, the dollar has fallen 11% against the Euro and 14% against the Japanese yen. The Commerce Department reported the upside to a weak US dollar is that the cost of US exports is cheaper for a foreign buyer. The $148 billion of exports the US recorded in January 2008 is an all-time monthly record. That total is +80% more than the monthly export total recorded 5 years earlier. Exports are up 13% over the past year. Briefing.comreports that the dollar value of exports affects our GDP three times as much as the amount spent on housing construction. As a result, the Net Export category has added more to GDP than the plunge in housing has taken off. The Net Exports contribution to GDP was 0.90% for Q4 2007, Housing’s contribution to GDP in Q4 2007 was -1.25%.

Mortgage Crisis. USA Today reported that, nearly 3 out of every 4 adults (73%) believe the housing and mortgage crisis is the fault of mortgage lenders, mortgage brokers, and the government officials responsible for banking and regulation. Unlike the sub-prime loans on residential property, commercial loans should be fairly stable. According to Shopping Center Today magazine, relatively few Commercial Mortgage Backed Securities (CMBS) will mature in the next two years, the bulk is not set to mature until 2015. Some $600 billion in fixed-rate CMBS loans are currently outstanding, of that, only $16 billion is scheduled to mature this year, with an additional $19 billion set for the next year.