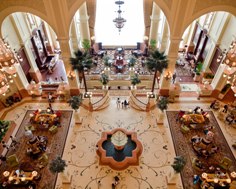 As we are moving into the 3rd quarter of the year, the hospitality industry is still strong in the commercial sector.  However, even though the sellers are holding onto pricing of a minimum of four times or more, the gross revenues excluding taxes buyers have slowed down and are being more conscious on paying the price which sellers are demanding.

The level of new construction also tells a story about the health and vibrancy of the hospitality sector.  For example, in 2006 almost 22,000 new hotel rooms were added to the national hospitality database.  In 2007, it is expected that just over 45,000 new hotel rooms will be added.  This number includes units currently under construction as well as those in the planning stage with a 2007 completion date.

Furthermore, the total annual return rate for hotel properties last year was 23.57%, according to the National Council of Real Estate Investment Fiduciaries (NCREIF).  This was the highest National Property Index (NPI) recorded by the NCREIF among the commercial property sectors it includes.  The sector that came closest was office, with an annual return of 19.16%.