The Bibb County apartment market continued to be active in 2008, albeit considerably slower than 2007.  The capital crunch caused lenders to adopt more stringent lending standards or stop completely making loans.  The loan to value dropped to 75-80% and actual NOI was used to arrive at the value.  The demand for apartment complexes, especially those with 60 or less units, continues to remain 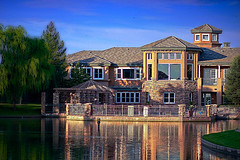 strong.  Some of the recent activities include: New Product:

Consistent with the past, most new construction has been in the North and Northwestern areas of the county. Although the population growth in Bibb County has been less than 1% since 2000, new units coming on the market averaged 180 units per year since 2000.  These new units were absorbed fairly quickly as residents moved from older units. Sales