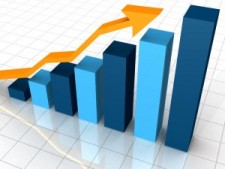 The National Multi-family Market was stronger in 2006 than it has been in the past few years. Owners were able to increase rates while decreasing the amount of concessions given to new tenants. Occupancy rates in many markets, increased as the supply of apartments were constrained due to the conversion of apartments into condominiums. Also, the increased cost of construction and the cost of land contributed to the sluggish construction of apartments.

The conditions of the housing market in 2006 had a positive impact on the multi-family market. The slowdown in the housing sector has been described as being everything from a correction to a crash.

There was a definite slowdown in the housing sector during 2006 as evidenced by the following:

For 2007, we believe the housing market will continue to slump until mid-year and then start to stabilize. Some of the factors that influenced our prediction include:

The multi-family market should enjoy another good year in 2007. We believe:

What could happen to make our predictions wrong?

At Fickling & Company’s recent First Annual Middle Georgia Real Estate Market Review & Forecast Breakfast, one of the attendees asked what was a class “B” apartment. We were unable to find a formal classification for apartments but did find one that gives a good description.

In future issues, we will discuss other terms that are specific to the multi-family industry.