Stressing that they foresee no recession in the immediate future, analysts at PFK Hospitality Research have taken a swing at what such a trough would look like, should the views of the industry pessimists prove correct. At first blush, the broad outlook for the lodging industry’s owners, operators, developers, investors and suppliers indicates it will continue to be positive going into 2008 and beyond. 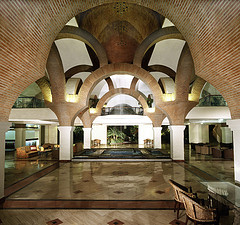 Strong fundamentals and record-breaking profitability have been driving the industry’s activity at a lively pace for the past several years; with all concerned confident the good times are enjoying a protracted run and, therefore, need to be leveraged to the maximum advantage.

The cyclical nature of the industry will ultimately change the economic picture for the industry and toward that end some experts are suggesting players begin paying closer attention to current shifts in lodging fundamentals.

The industry also will have to contend with an increasing degree of uncertainty on the national economic front because of the impact of the credit crunch within the residential real estate sector trickle-down into commercial markets, and how it may ultimately be addressed by the government and lending institutions.  There are also continuing escalations in oil prices, energy costs and construction materials, which are adding to the tightening of discretionary income. Furthermore, supply growth will be the highest in seven years and will be increasing more than the demand, according to a national report.

Even as the dollar struggles against worldwide currencies, any significant changes in the financial outlook domestically impacts the industry’s perennial concerns and how they are addressed.

In the annals of hotel transaction volume, 2007 will probably still go down as one of the best ever with all sorts of crazy, but not necessarily unwarranted, money funneling into the market and brokers exhaustively administering the flow.  But depending on your perspective, 2007 may also go down as the year there was significant, yet temporary, pause caused by the sub-prime mortgage-led real estate credit crunch.

According to a third quarter report from PFK hospitality research, CoStar and the Hotel Brokers Association, 2007 did not quite measure up to 2006 in terms of deal volume, as 471 transactions were posted in 2007 versus 610 in 2006.

Unfortunately, such statistical evidence still does not answer the question of which direction 2008 is headed because such a decrease in deal volume could be temporary, as lenders work their way beyond the credit market correction.

Furthermore, conditions are quite active right now, with the economy, mid-market and select-service segments remaining strong through the credit crunch.  Investors are still raising capital for the hotel sector besides the tightening of the credit side.

Buyers can no longer obtain the same financing terms they did in early 2007, asset prices are also beginning to decline, according to brokers, which makes the situation at least a little more palatable for the investors.  But for the seller, they will have to come to grips with the fact that hotels are no longer fetching the astronomical prices they recently did or quite the same number of competing bidders. The number of overall bidders has declined on deals however, the quality of the bidders brought to the table are still high. There used to be ten bidders at a time, now we are down to less than four per deal.

While it may no longer be a seller’s market, there are still plenty of willing and able buyers at the right reasonable price, especially in the primary geographic markets.  As proof of why owners might want to sell while the selling is good, Jones Lang LaSalle Hotels forecasts a transaction volume decline in 2008 from what was forecasted to be $45.3 billion in 2007, down to $26 billion in 2008. Even though the first quarter of 2008 looks really good, we still do not know what to expect beyond that.  It will depend on the availability of credit and the supply situation.

The one thing to keep in perspective is that in the world of real estate, the hotel market’s attraction is still high compared with the other asset classes.  So while the whole real estate market might be having a tough time, the hotel sector is still fairly attractive with positive fundamentals.