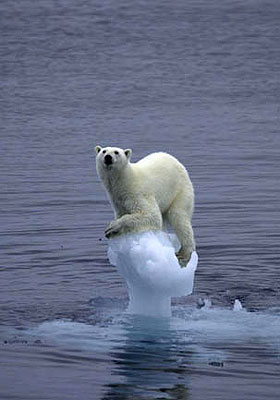 I’m sure a lot of people would like to know what a Subprime Mortgage is and what exactly happened last Summer that resulted in the Subprime Mortgage meltdown.   I think it is important to understand what events occurred that got us in this Credit crisis and how it has spilled over into commercial real estate.  It all began with the mortgage brokers that provided mortgages to homebuyers who didn’t have any money for a down payment and probably couldn’t afford the monthly payments either.  These certain mortgage brokers encouraged home buyers to take on the risk of a mortgage by telling them home values always appreciate and lured them in with teaser rates that would eventually adjust upward at a later date.  In a lot of cases, these mortgages were provided without any verification of the borrower’s employment and income.  These mortgage brokers didn’t care if their borrowers couldn’t repay the loan because they weren’t the ones lending the money.  It was the banks and other financial institutions that were lending the money.  A short time later after the mortgages were originated, the lenders realized they didn’t want to hold these risky mortgages and engaged the investment banking community on Wall Street to package these loans together and sell them in the secondary market.  The way Wall Street pooled these loans together was to create a new security, a Collateralized Debt Obligation or CDO, that would use these mortgages as collateral.  They would then sell the CDO to investors and promise to pay them back as the mortgages were paid off.  Although Wall Street realized they were taking on some risky mortgages, they believed all of them couldn’t go bad and by pooling them together they could limit their exposure to the bad mortgages.  At the same time, the U.S. economy is going thru the largest housing boom in history and there was very little evidence of this boom slowing anytime soon.

So you are probably wondering how Wall Street was successful in selling these CDOs that contained a substantial amount of risky mortgages to investors.  What they did was carve the CDOs into 3 pieces or traunches based upon risk.  Someone emailed me a slide show presentation that summarized this process in a simple and clear manner and therefore I am going to utilize some of the language used in this presentation in order to keep it simplistic.  The presentation specifically referred to the three traunches as the “Good”, the” Not so Good” and the “Ugly”.  In the event the mortgages failed, the investors who purchased “the Good” piece were promised to be paid first, the “Not-so-Good” were promised to be paid second, and the “Ugly” paid last.  Because the “Good” investors had acquired the least risky piece, they were paid a lower interest rate than the “Not so Good” and “Ugly” investors.  As a result of acquiring the riskiest piece, the “Ugly” received a higher interest rate than the “Not so Good”.  Wall Street acquired bond insurance for the “Good” piece so that the Rating agencies would give that traunch a AAA to A rating.  The “Not so Good” piece would get a below investment grade rating and the “Ugly” would not even be given a rating.  As there is demand from most bond investors for corporate bonds with various credit ratings, there is very little demand for unrated bonds and therefore the lenders retained the unrated traunch in anticipation of paying themselves a high interest rate.

So what happens next?  The loan defaults and foreclosures begin to rise as the bubble in the residential market has burst.  The monthly payments to the investors of these traunches have ceased.  In a lot of cases, the investors of the “Good” piece were not receiving their monthly payments and were wondering why the bond insurers were not picking up the losses to these investors.  Well the loans were quite a bit riskier than anticipated and the losses had substantially exceeded the amounts covered by the bond insurers.  In conclusion, Wall Street had convinced the investors of these Subprime Mortgages that housing prices would always appreciate and therefore can always be refinanced.  I would imagine that there will be great force on our financial institutions to show greater transparency in order to avoid another crisis as great as this one has become.  But I have very little doubt that we will see another similar event in a future cycle that will hopefully result in a softer landing.